This modification invented by Jack Lyon (and Organ-Den?) adds a dedicated TRS (6.3mm) jack for connecting a “Leslie slow/fast” foot switch (pedal) on the rear side of the VR

With this jack the damper and expression in-jacks are free for other things, e.g. permanently connected expression pedal + piano damper pedal

The mod is quite easy and requires only very basic soldering skills. If you have zero experience with soldering you for sure know somebody who has and is willing to help you.
When soldering or touching the electronic boards take care that your body does not carry static electric charge. De-charge yourself by touching the ‘ground’ pin of an electric wall socket. Don’t wear wool or fleece cloths

The switch should be an unlatched (momentary) switch that closes the electrical contact when you push and opens when you lift the foot.
Switches that open on pressure and close on release also work but should be avoided for not permanently running current through the electronic board while the switch is in ‘rest’ position. Most after market switches have a little switch to invert the close/open behaviour (usually called ‘polarity switch’).
Basically any damper (sustain) switch or pedal works, even a ‘chrome piano damper pedal’ or those little boxshape ‘damper switches’ that are often come with stage pianos (and are useless as piano pedals).
A nice switch is the Boss FS-5U – it’s expensive – but you can watch out for clones (e.g. the ridiculously priced but quite reliable Lead LFD-1).

The TRS jack from rear side 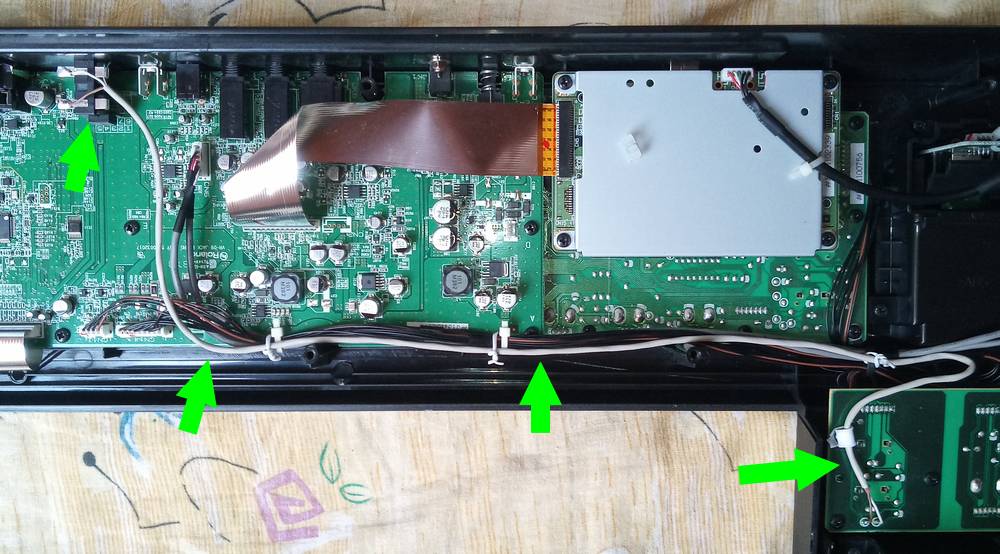 The soldering points to the ‘Rotary fast/slow button’: 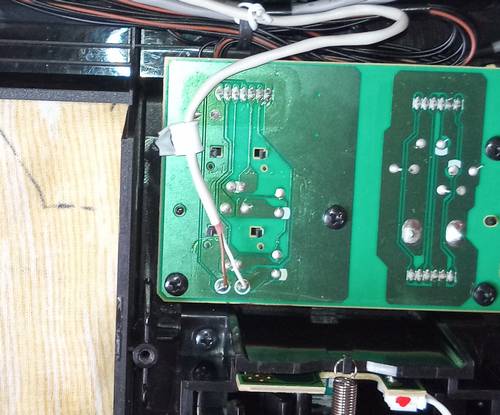